Aaand back to the house. You might've thought that we'd see more of Mikael, but we'll have to see what Sulo and Jaakko have in their minds for a handful of pages! In general this chapter has a lot of little scenes like this.

I did a small sketchy drawing for Halloween tho! There's a bigger drawing we're doing together with Elli, and it actually has a bit more content than just having characters in costumes. So I'll be telling you all about that next Sunday on Halloween's eve!
I'm like... not that into Halloween. Not too many actually celebrate it in Finland and not many know why it exists. But it's a good reason to go dress up and have a fun night out, so that's nice for the people who care for that stuff! As every single Halloween before this, I'll just pass all festive stuff. x3 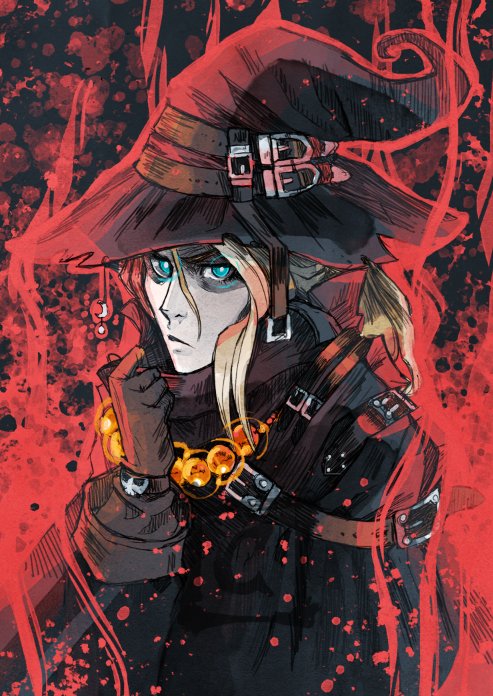